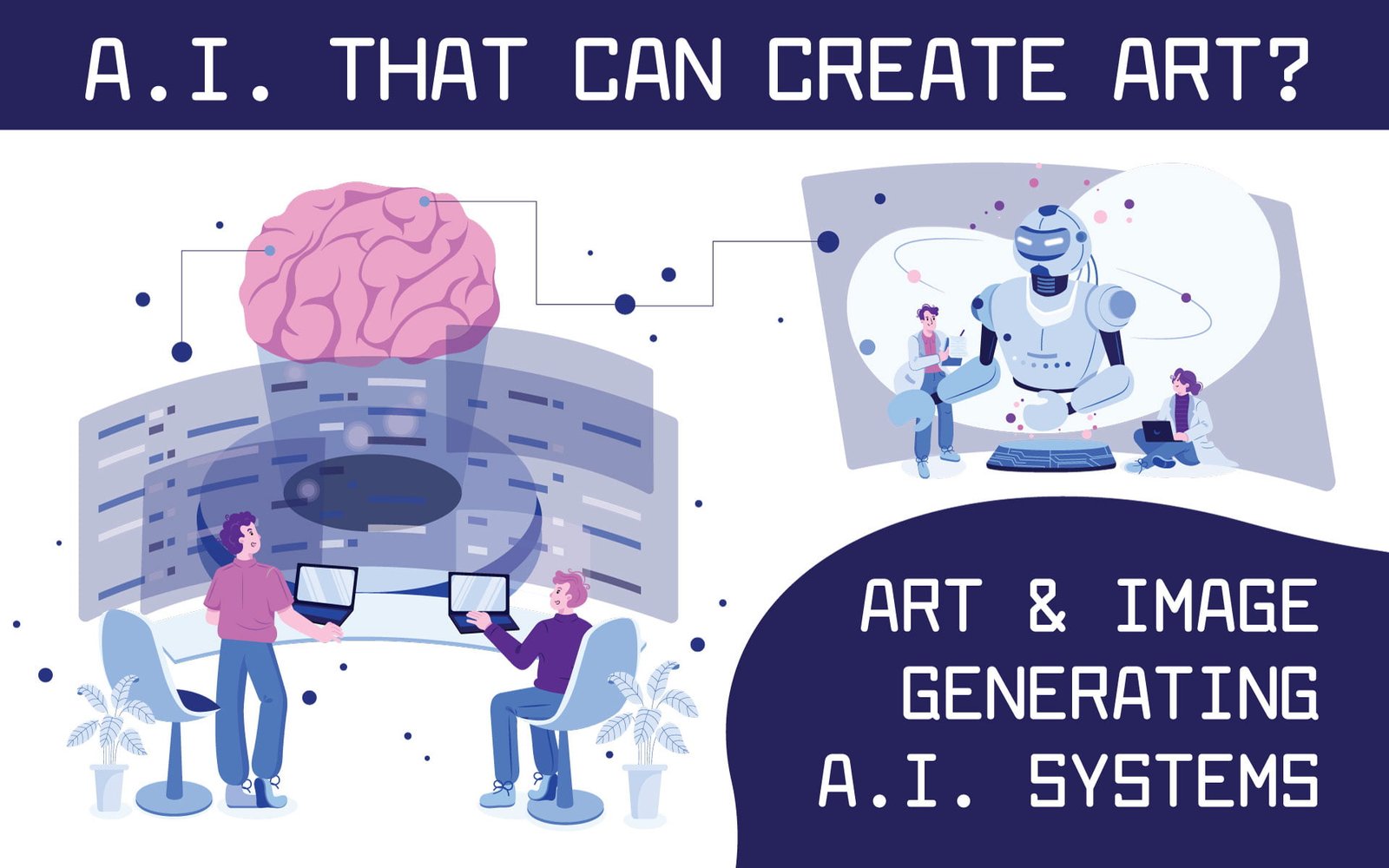 Artificial intelligence is the bold new frontier that everyone is talking about. Some people are worried about the implications of this burgeoning new technology, while many are excited for the possibilities that it has opened to us. Some people, like the Crypto-Space-Rocket-Electric-Car-Twitter-Loving Billionaire Elon Musk have notoriously expressed worry about what can come from a possible technological singularity, and he is by no means alone in his position. There are definitely privacy and security issues when it comes to A.I. and we aren’t even getting into the possibility of sentience as recently suggested by Google LaMDA A.I. researcher Blake Lemoine.

But there is more to A.I. technology than the scary and uncertain world of robots gone rogue. New A.I. text-to-image generators are causing people to look at the subject in a brand-new light. Perhaps there is a strange beauty to be found in the seemingly cold world of A.I. generation.

The entire purpose of artificial intelligence is to suggest some degree of intuitive design that allows for creativity within a computer system, approximating human intelligence, and there is no better way to demonstrate that than with the world of art creation. Art is an expression unique to humanity, as it dwells in the real of the mental via myth, spirituality, and philosophy.

Dall-E was created to prove a point. The name Dall-E is comprised of a meaning drawn from two sources, namely the Pixar film Wall-E and the name of the famous Spanish artist Salvador Dali. The film Wall-E is about a small robot that wanders Earth (and then later space) in search of love and the meaning of life. Salvador Dali was an artist know for his bizarre and surrealist paintings. By combining the two, the Dall-E creators are obviously alluding to the project being one of artistic surrealism pushed to the edge by technology, and indeed the project has undoubtedly lived up to its name.

Dall-E works by entering a simple text prompt into the AI generator. From here, the machine learning will go through an extensive image database and attempt to the create a surrealist image that somewhat matches the text description that has been provided. More often than not, the image is a fairly accurate (and surprisingly artistic) representation of the given prompt.

The Dall-E software was developed by a tech company known as OpenAI. The announcement of the completed Dall-E project came in early 2021, when the unique capabilities of the software were also revealed. The AI was not initially released to the public, with the news of its release coming from a research paper provided by the company. But things would continue to change quickly in the world of text-to-speech Ai generation. 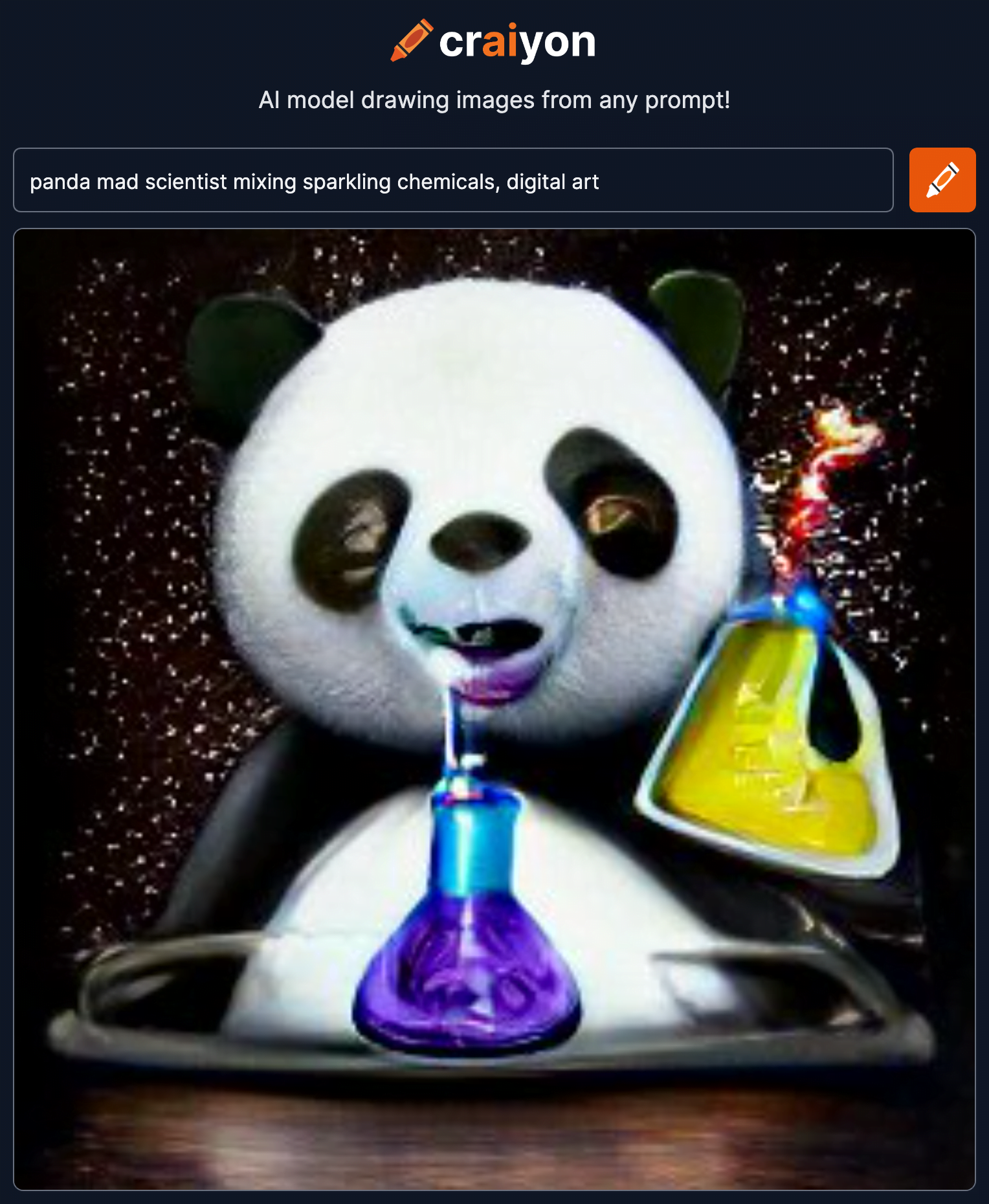 The original Dall-E has now also been made publicly available. So as not to confuse it with the newer version, it has been renamed to Craiyon. Technically this AI is the repurposed Dall-E Mini, which was a small beta version of the original software. It functions in the exact same way as one would expect based on the original product description. It is not as sophisticated as the newer version, and so it is even more accessible to the public. Simply visit the website and enter the text prompt of your imagination, and then wait a couple of minutes to see the art that is generated by the AI system.

In the next year (our current year of 2022), OpenAI announced the second version of its famous and secretive AI software. Predictably named as Dall-E 2, the AI was a massive upgrade that functioned in much the same way as its predecessor. The difference was in the quality of the images that were now so good as to be considered photorealistic. The resolution of the images was considered to be at least four times greater than that of the original software.

Dall-E 2 was immediately made available to interested members of the public. There was a waitlist established for people to try out the software, and within the first half of this years millions of people have already done so. The software has become very popular even outside of the tech niche community, and has enjoyed great exposure in places like Twitter and other social media. Indeed, Dall-E 2 art often goes viral on Twitter, with users providing humorous and ironic prompts to the AI and presenting the results to their followers. “An astronaut lounging in a tropical resort in space, vaporwave” – Created with DALL-E 2

With the success of the Dall-E AI text-to-image software so readily apparent in such a short amount of time, other crews have been eager to create their own similar softwares to show to the world. Two of the most high-profile examples of this phenomenon have been Google’s own Imagen software, as well as the small and independent Midjourney system.

Both of these AI software systems work in a manner very similar to the now famous Dall-E and Dall-E 2 systems. Users simply enter a text prompt into a provided field and wait for the machine learning to produce an image that is designed to closely match what has been described.

Google’s Imagen is now supposed to be the biggest and best software of its kind yet. This isn’t surprising considered the virtual monopoly that the company has over all parts of the internet, allowing for unlimited resources to be channeled into whatever projects the company sees fit to allocate towards. 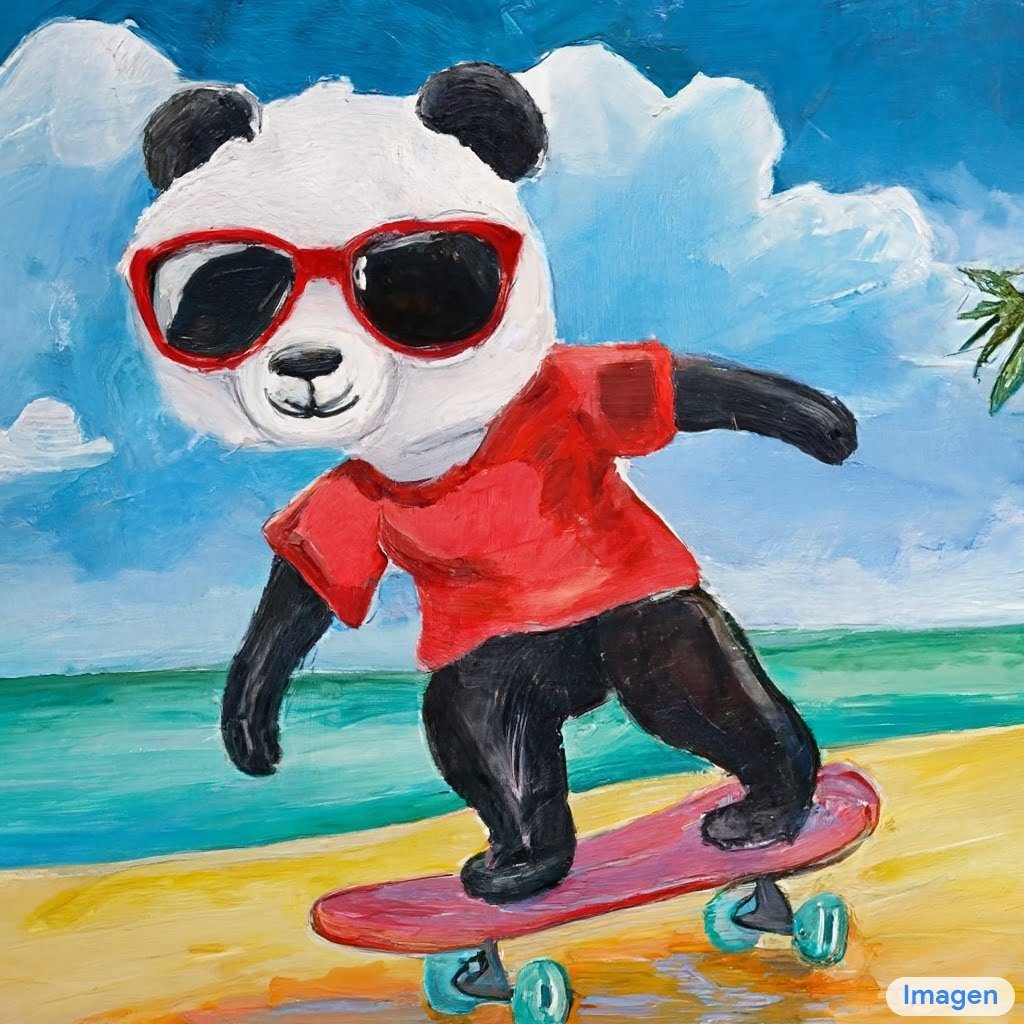 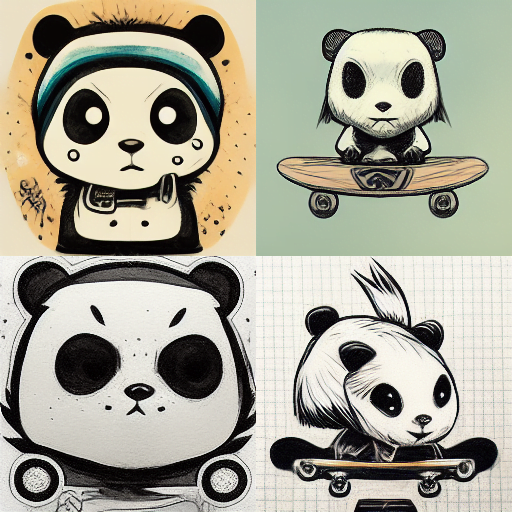 “Panda on Skateboard with Pen Comic Style” – Created with Midjourney

Midjourney is a much smaller operation, which according to its own website, only has eleven different people working on the software. It is easy to imagine the contrast between the Imagen behemoth and the small and humble Midjourney, but the fact is that both AI softwares are designed to essentially do the same thing. Midjourney seems to focus more on art and artists compared to other AI models.

With the current popularity of A.I. and machine learning. Many more competitors will begin to arise. Some notable examples of such smaller A.I. projects include: 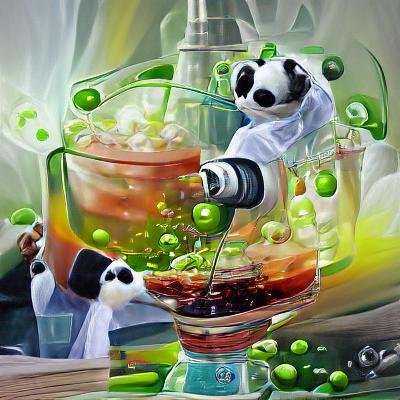 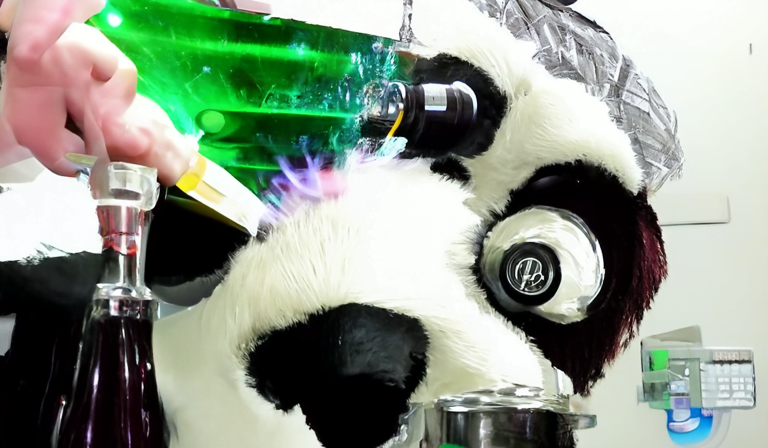 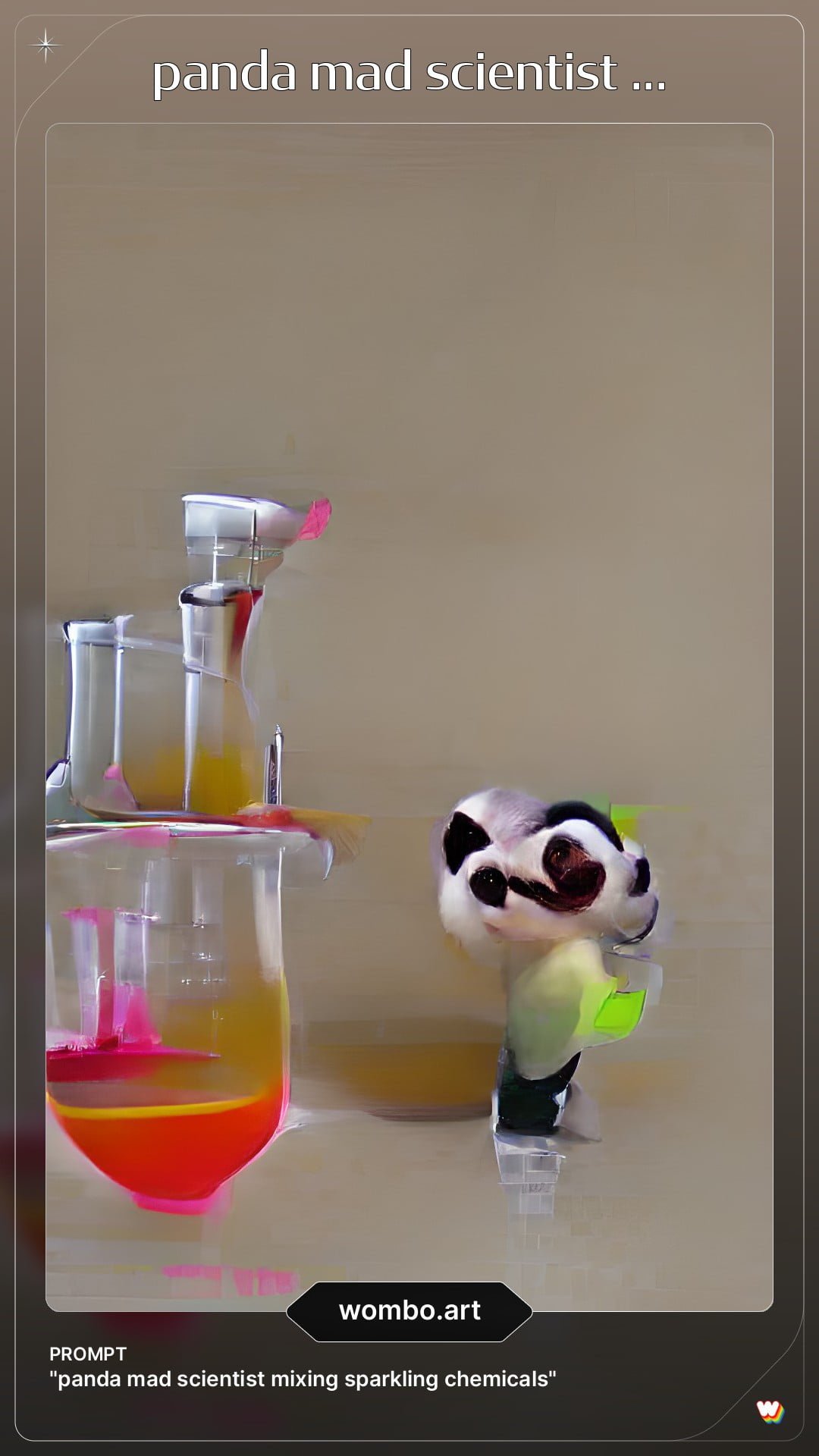 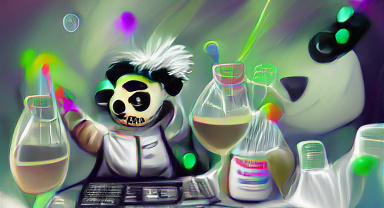 AI technology will invariably play a role in the future of human civilization. This has caused much anxiety for a lot of people, and not just the usual luddites who always fear change. Smart and accomplished people, including those who work within the field, have issued warnings about the potential dangers of artificial intelligence. So it is good for people to see a brighter side of machine learning, and the text-to-image art that is being created by innovative software like Dall-E and Imagen are a great way to provide that.

While A.I. will certainly help provide some of the solutions to our business pain points. Nothing will replace a human.

Are you ready to get started?